I forgot to talk about the lights! The city Christmas lights here are amazing!!The buildings all sparkle and glow and have neon lights in the shapes on fairies, stars, swirls, ornaments, lizards, flowers, and i even saw a Nativity scene ( a 'pesebre' here) on the Metropolis mall. I couldn't get any good pictures of the amazing sights, but we did visit one place where we took pictures. Sorry for the bad quality, but i forgot my camera so these were taken with my aunt's Blackberry.


The tree with the vines were all fake, though the trunk part of the tree could pass for a reall tree almost. and then they were every where, it was like a forrest! 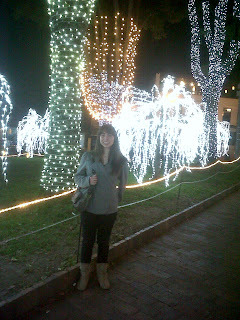 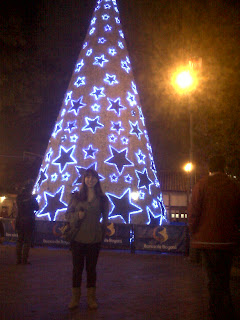 The lights in the top middle were especially cool, they were light cables dangling off the tree with a ball of light that  slowly went down the cable so you would see them high up in the tree and they would disappear and show up later farther down if they were long enough. 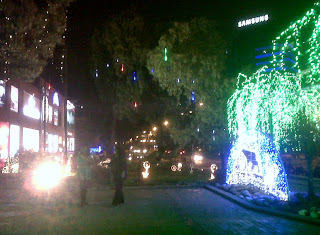 I have never seen anything like this before so I thought this was amazing. You go into those balls and just float around the pool. Has anyone seen this before? You can see the kids in there trying to stand, but they ultimately fall on their faces. 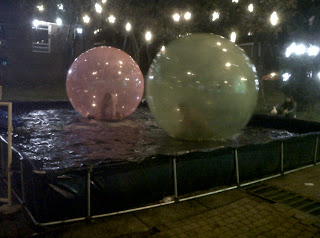