Let´s talk about chiva. A few weeks ago the school organized a chiva, which is a traditional Colombian party bus. On this bus, you get driven around the city while you dance and, more often than not, drink :) The chivas also take you to a discoteca, which is basically a club where you dance some more and drink just a bit more. Of course, I did not drink very much, UNLIKE many of my friends... 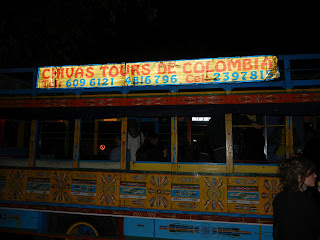 After about 2 hours, our chiva broke down and the guys ended up having to get out to push the chiva.  You can see that the party had not yet ended though, the music was still going and dancing continued inside and outside of the chiva. 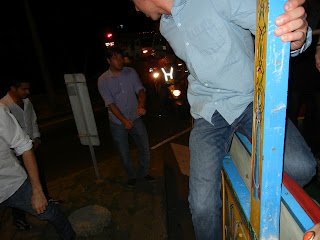 Here they are after we started moving a bit. Quite a funny scenario. 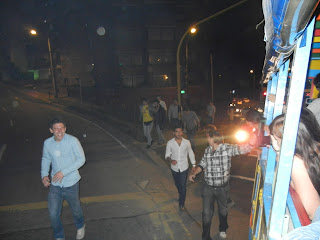 And finally, when they told us we were getting a new chiva because the bus had broken down a second time.  We just parked on the side of the mountain and waited for 30 to 40 minutes 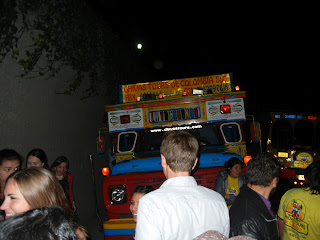 Now, in our new chiva, this one was newer but i preferred the older one because it had more "charm." You can see every hanging on to whatever they can grab so they don't get thrown around by the moving vehicle. 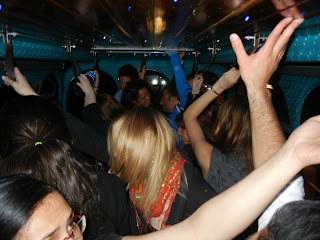 Here we are, on our way home, in the BETTER chiva, obviously exhausted though one of the guys did try to provide entertainment for the ride. I may add that he is one of the directors for the school :) 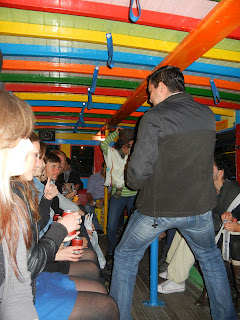 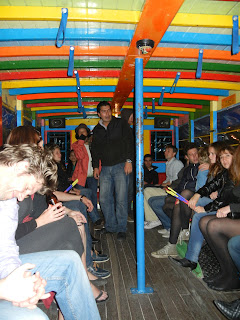